The Sixth Norton Music Festival was a Concert by Crispian Steele-Perkins (trumpet) with Leslie Pearson (piano) on Saturday 23rd April, 2016.   Crispian revealed the development of the trumpet from bugle to concert instrument and, with Leslie, performed a varied programme of music. 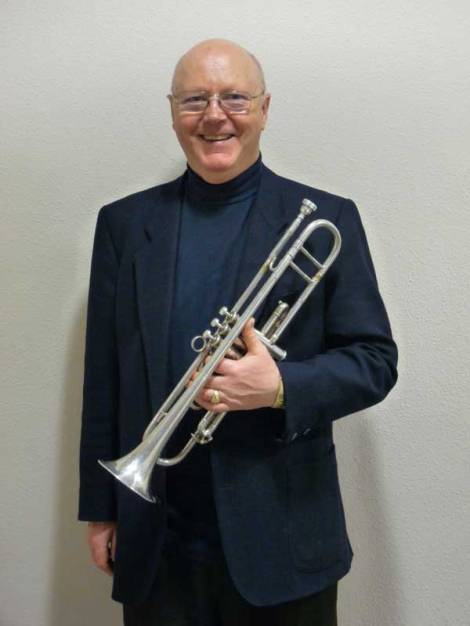 The Concert supported The Triangle Trust, which aids the local Medical Centre, and Norton Parish Church.

Bill Caswell, in The Norton Newsletter, wrote:
An audience of over 100 were at St Mary’s Church to be entertained by two nationally renowned musicians, Crispian Steele-Perkins (trumpet) and Leslie Pearson (piano).   The evening proved to be memorable not only for the wonderful music but also a most interesting commentary by Crispian Steele-Perkins on the history of the trumpet using his own collection of period instruments ranging from the simple hunting horn to the modern valved trumpet via a mouthpiece and garden hose!   As to be expected from such accomplished musicians the concert pieces were of excellent quality.   These included familiar works by Purcell, Handel, Haydn and Mozart and more modern music from Bernstein, Bacharach and Glen Miller.   We were delighted to hear that Leslie Pearson had arranged and played in the original UK performance of Bernstein’s West Side Story.   We congratulate Peter Callagham and his team for bringing these high quality musicians to Norton and giving us such an enjoyable evening.   The money raised from the concert is being equally divided between the church fabric fund and the Trangle Trust.

This site uses Akismet to reduce spam. Learn how your comment data is processed.